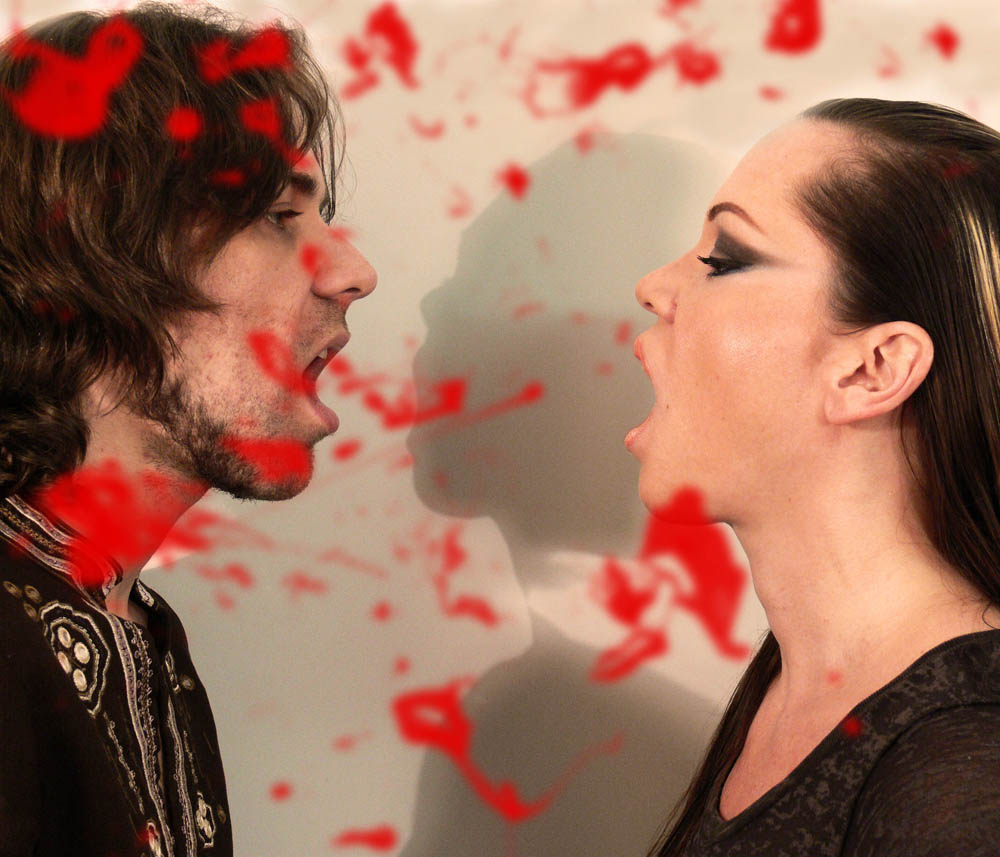 by Paul Merry
Author of “America’s Gift:  The Untold Story Of How The Blues Evolved”

Two strangers meet in Nashville airport. It is some connection because, that same April day in 2011, the strangers move in together. It’s that whirlwind a romance – a coupling which, two years later, gives birth to … a unique new rock & roll band, The Bloody Nerve.

Though based in Nashville, The Bloody Nerve doesn’t produce your typical Nashville sound. True, sometimes they throw in a country classic, but more often their music is raw Texan blues-rock polished with sophisticated New York vocal gloss. It is a blend uniquely representative of band’s co-founders, Fort Worth’s Stacey Blood and Laurie Ann Layne from Queens, NYC.

First came their romance, working on each other’s individual music projects until, as Blood says, they “capitulated to the obvious” and started cohabitating professionally too. The result was The Bloody Nerve, born February 2013. Their first record, the three-song EP, ‘Red’. A second three-song EP, ‘Blue’, quickly followed. Then, in July 2014, the unthinkable happened. While working on their debut LP, ‘Taste’, fire completely destroyed their home and possessions, recording studio and equipment.

“THE BLOODY NERVE PRODUCE A COMPELLING BRAND OF DELTA BLUES AND ROCK THAT COMBINES IMPRESSIVE GUITAR WORK WITH VOCALS THAT ARE BOTH RAW AND CAPTIVATING.” – DAVE JENNINGS, LOUDER THAN WAR UK

It was a bloody disaster, but The Bloody Nerve held their nerve. Improvising like crazy, they finished recording under terrible conditions, not that you’d guess, given the quality of the result. Needing to keep their name alive, in November they released ‘Find Your Love’, an ‘unofficial’ single taken from the forthcoming album. Find Your Love features Laurie Ann Layne’s soulful voice to such effect, French TV used it, not once but twice, on the soundtrack of its popular ‘Interventions’ series.

Finally, after a year of trauma, heartbreak and even homelessness, The Bloody Nerve release ‘Taste’, on their own Antic Records label. As well as the gentle Find Your Love, the album features its first ‘official’ single, the rocking ‘Place To Hide’, with the duo’s potent vocal mix kicking up a storm.

“THE BLOODY NERVE FOLLOW NO RULES, FIT NO RIGID GENRE AND CARE NOT A JOT FOR WHAT IS ‘IN’ OR ‘TRENDING’. THEY SIMPLY PLAY MUSIC THAT THEY LOVE, AND DO SO WITH PASSION AND EFFORTLESS JOIE DE VIVRE.” – THE INDEPENDENT VOICE (UK)

So who is this pair from opposite ends of America, now creating 21st century rock in Nashville? Stacey Blood, a former radio drive-time DJ, drives The Bloody Nerve, writing, producing, engineering, mixing, sharing vocals with Laurie Ann, and playing dynamic blues-based electric lead guitar. Blood’s sound is pure Texas grit, in which Laurie Ann’s voice, often compared to Heart’s Ann Wilson, shines like a diamond. In true democratic style, the couple take turns singing both lead and back-up vocals, their voices intertwining over the 11 songs that make up Taste, including the rocking new single.

“FEATURING THE KIND OF LASCIVIOUS RIFFING KEEF WOULD BE PROUD OF, PLACE TO HIDE IS A ROLLICKING NUGGET OF HARD-NOSED BLUES’N’ROLL” – CLASSIC ROCK MAGAZINE

Coming from Texas, rock, of course, is in Stacey’s genes. Father, Bobby Blood, an LA session veteran, recorded with many top U.S. bands, including chart-busting Native-American rockers, Redbone, back in the Stones age. Laurie Ann Layne, too, has a wealth of session experience, her vocals shining on soul/R&B queen India Arie’s 2006’s triple-Grammy-nominated chart-topping gold album.

Never a pair to waste quality, Stacey and Laurie Ann make the most of Stacey’s accomplished Old Man, with Bobby Blood acting as The Bloody Nerve bass and trumpet player. Completing the five-piece are studio veterans, drummer Peter Wolf from California and Nashville’s Terry Bayless on keyboards.

“The Bloody Nerve follow no rules, fit no rigid genre and care not a jot for what is ‘in’ or ‘trending’. They simply play music that they love, and do so with passion and effortless joie de vivre.”
The Independent Voice (UK) 11/2

“Featuring the kind of lascivious riffing Keef would be proud of, Place To Hide is a rollicking nugget of hard-nosed blues n’ roll
Classic Rock Magazine 8/15

“There is nothing amateur about this album – the music is a display of experience and big talent”
Powerplay, UK 9/15

“Laurie Ann has some set of pipes. The way her voice goes from soft tones to full on gravel is orgasmic coupled with Stacey’s vocal is just stratospheric”
All About The Rock, UK 9/15

“An explosion of colour echoes from your speakers and you’re left with a smile painted across your face.”
Gigslutz, UK (1/15/14)

“The arrangement on the Gram Parsons cover, She, is just excellent, forgoing the traditional alt-country convention of the song for a more percussive, ballsy and bluesy sound backed by, and excuse me Lester Bangs, “scenic bridges and a vast angelic choir” that simply cooks in combination with Laurie Ann Layne’s powerful voice and Stacey Blood’s blistering guitar.”
Michael Canter, Jivewired.com (1/11/14)

“The Bloody Nerve produce a compelling brand of delta blues and rock that combines impressive guitar work with vocals that are both raw and captivating.”
Dave Jennings, Louder Than War, UK (1/7/14) 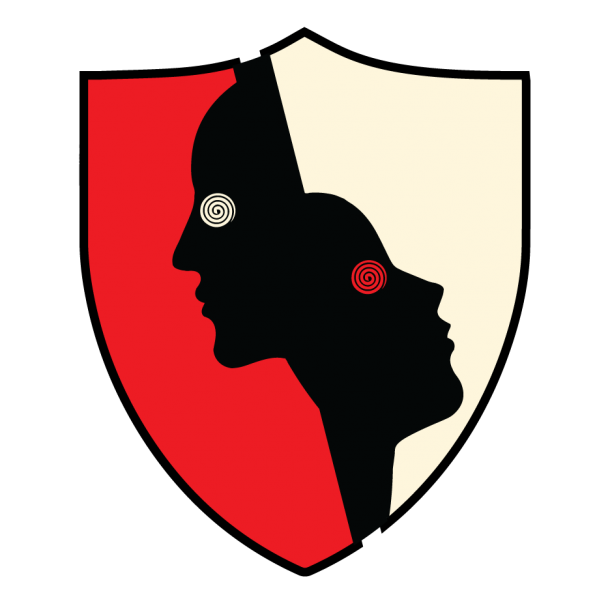